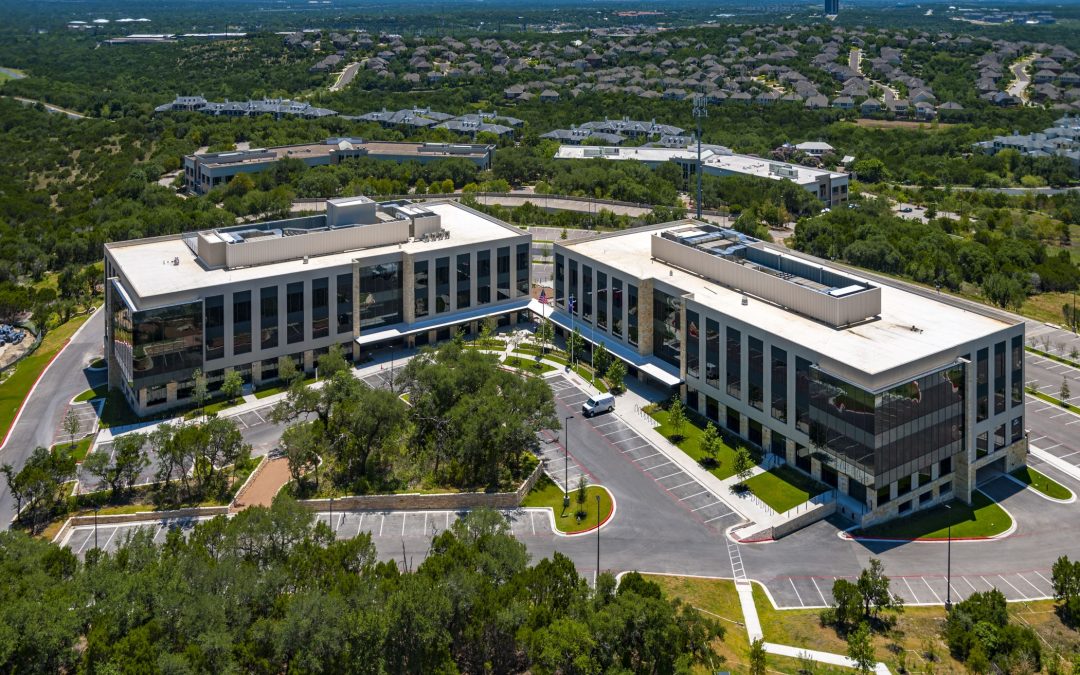 All eyes may be on Lincoln Property Co.’s downtown Austin high rise that will usher in the next wave of Class A office space at Fifth and Colorado Streets early next year, but the company isn’t resting on the status quo.

Lantana Ridge, the company’s next endeavor at 7601 Southwest Parkway, is poised to rise soon. It will offer 175,000 square feet of office space in two three-story buildings — about 29,000 square feet per floor. Click on the photo with this article to tour the offices as envisioned by day and night.

“We just got our site development permit,” said Seth Johnston, vice president of Lincoln Property, which is headquartered in Dallas but has been active in Austin for years. “It took us just over a year to receive the permit. We can deliver space December 2016.”

The site is on picturesque land near the former AMD corporate campus where SolarWinds Inc. (NYSE: SWI) has its swanky headquarters. Several years ago Lincoln Property purchased 158 acres from Stratus Properties (Nasdaq: STRS), which has had major land holdings in the area for years. The pending office project sits on about 21 acres and includes 327 covered parking spots.

Good Fulton & Farrell Architects in Dallas has handled the schematic design thus far. Austin-based Big Red Dog Engineering is the engineer. A contractor has yet to be named, but Johnston he’s been in touch with between three and five groups “that we’re really serious about.”

Lantana Ridge is a bit west of the new Encino Trace project, which Brandywine Realty Trust just built. Johnston said he believes that project is about 65 percent leased.

“I think our project will be comparable, but we want to be a bit underneath Encino Trace’s rates, plus you’ll be able to park in covered parking at our project,” Johnston said

Johnston noted that Encino Trace has covered parking, but Lantana Ridge will be built as podium parking for quicker access to the building.