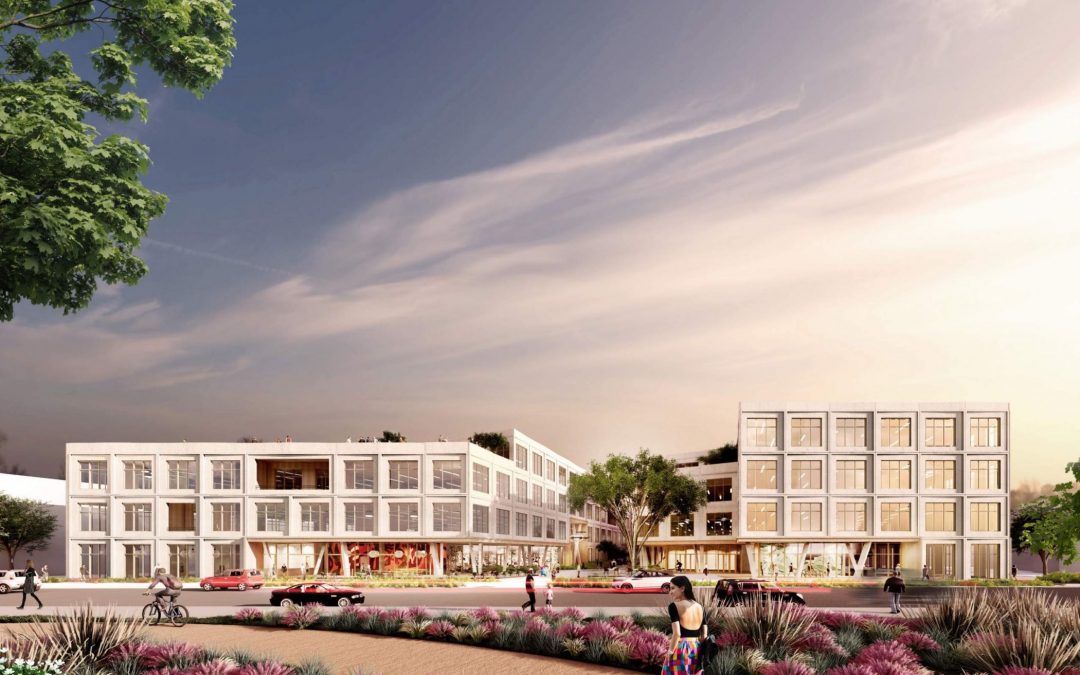 Goldman Sachs in as equity partner on new project with 221K sq. ft. 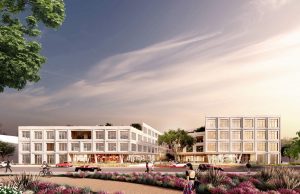 Dubbed Eastbound, the joint venture from two developers known for their downtown Austin high-rises will have 221,000 square feet of office space spread over two four-story buildings, plus a separate parking garage. It will be at 3232 E. Cesar Chavez St. between Pleasant Valley and Springdale roads.

It is in the “sweet spot” for the future growth of East Austin, said Matt Green, managing partner of California-based Kor Group, which developed the nearly complete Austin Proper Hotel & Residences on the west side of downtown.

“You are seeing the connectivity over Pleasant Valley to East Riverside (Drive),” he said. “You are seeing a great connection to the airport for companies that may have multiple campuses or offices across the United States.”

Eastbound will be constructed on two tracts totaling 3.4 acres where Austin Plant Supply, a wholesale plant nursery, and Austin Kickboxing Academy are currently located. The Lincoln-Kor joint venture — which also includes Goldman Sachs as equity partner — purchased the property from a family trust in May.

“We’ve been trying to figure out how to do something over here for a while because it is a super desirable area for tenants, employees and employers,” Green said. “There is a lot of creative, cool, collaborative stuff going on over there. It’s very difficult to find a site that’s really big enough to create an office building that’s big enough to accommodate multiple tenants or potentially even be a large single tenant, micro-campus type user.”

There’s no doubt that East Austin is a booming office market for companies looking to recruit a younger workforce, be close to trendy restaurants and secure triple-net leases lower than the Central Business District. Growing demand for buildable lots, though, is causing rising prices and rapid gentrification for many long-time businesses and residents. While many architects pay homage to East Austin’s roots in building designs, some say the new development is changing the character of the neighborhood.

Next to Eastbound, construction is slated to start in about 60 days on Eastlake at Tillery, a 162,000-square-foot office complex from Cypress Real Estate Advisors and Greenbelt Commercial LLC at 3212 E. Cesar Chavez St.

Still, office buildings on the east side are generally smaller than in other submarkets because of small lots and height restrictions, which constricts supply especially closer to I-35. Slightly larger buildings are planned for the Mueller community and Austin Viie, formerly Eightfold. Oracle is also continuing to build at its East Austin campus.

The Pleasant Valley area is already attracting a wide-range of employers, beyond the creatives and makers East Austin is known for, he said.

Pleasant Valley Road is also the only true north-south thoroughfare across the Colorado River for such projects as Oracle and the proposed 4700 East Riverside project, Johnston said.

About 853,344 square feet of office space is under construction in East Austin, according to a third-quarter market report from CBRE Group Inc. But, hundreds of thousands more are in the pipeline across the submarket.

The average full-service gross rent in East Austin is $37.68 a square foot, much lower than the city’s other in-demand submarkets: North, including The Domain, and the Central Business District, according to the CBRE report.

With Eastbound, Johnston said Lincoln is trying to change its image as an institutional downtown office developer.

“In Austin, that is a great thing to be, but clearly East Austin is one of — if not the — hottest submarkets in Austin,” he said.

Lincoln is behind downtown projects such as the forthcoming 6 X Guadalupe skyscraper, planned as Austin’s tallest building, and the 18-story Fifth + Colorado.

Lincoln wanted to partner with Kor because of the latter’s eye for hospitality, Johnston said.

The courtyard and the common spaces at Eastbound were designed to look more like a hotel than an office building, Johnston said.

Green described these spaces as “creative and bohemian” while still looking refined and finished.

Gensler and Portland, Oregon-based West of West collaborated to “knock it out of the park” on the design of the modern-industrial office buildings, he said.

In a nod to East Austin’s history, the exterior will be concrete pre-cast panels.

Amenities inside the office buildings will include a large bicycle storage room, steam shower-equipped luxury locker rooms, communal workspace in the common areas and a conference center. There will also be a rooftop terrance and restaurant with outdoor seating.

TBG Partners is the landscape architect. Harvey-Cleary Builders is the general contractor and Civilitude LLC is the civil engineer. Integral Group is the mechanical engineer and Lookthinkmake is handling branding and publicity. Lincoln will handle leasing for the office space.

Read the full story by Erin from the Austin Business Journal here: https://www.bizjournals.com/austin/news/2019/10/03/developers-known-for-downtown-high-rises-want-to.html