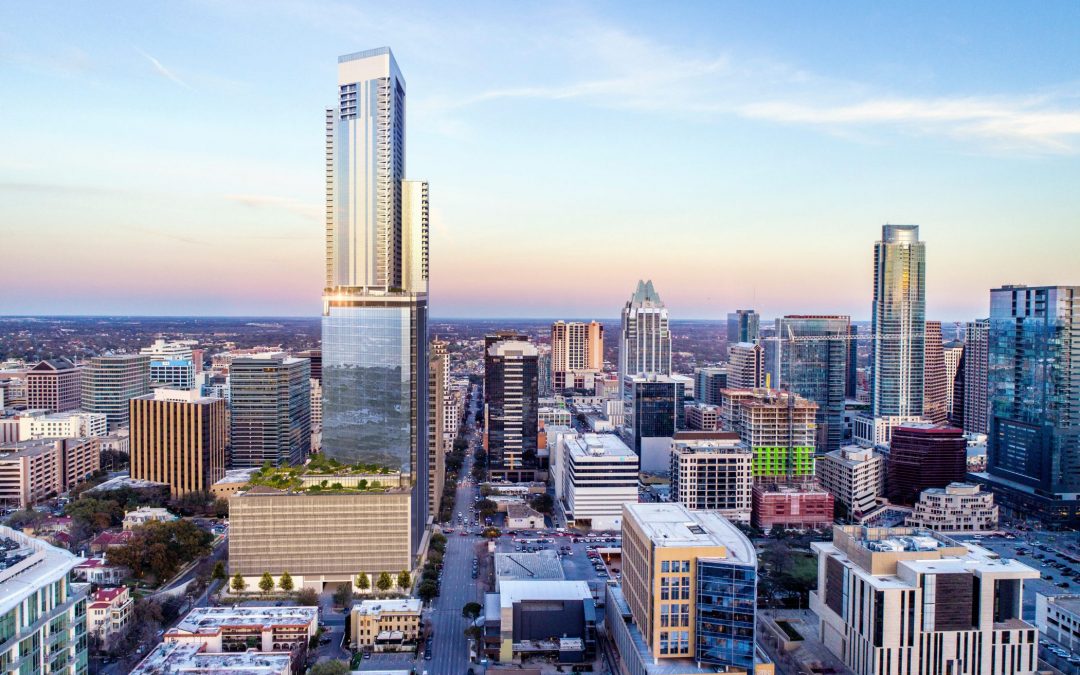 “Downtown skyscraper boasts an acre of parks in the sky, beaucoup parking and region’s highest pool

The developers behind what would be the tallest tower in Austin said they could break ground on their 66-story skyscraper as early as this fall.

“The goal is (to create) the nicest building in Austin,” said Seth Johnston, Austin-based senior vice president with Lincoln Property Company, which is partnering with Kairoi Residential (formerly Lynd Development Partners) to build the skyscraper.”